Is Starship A Carbon Disaster? 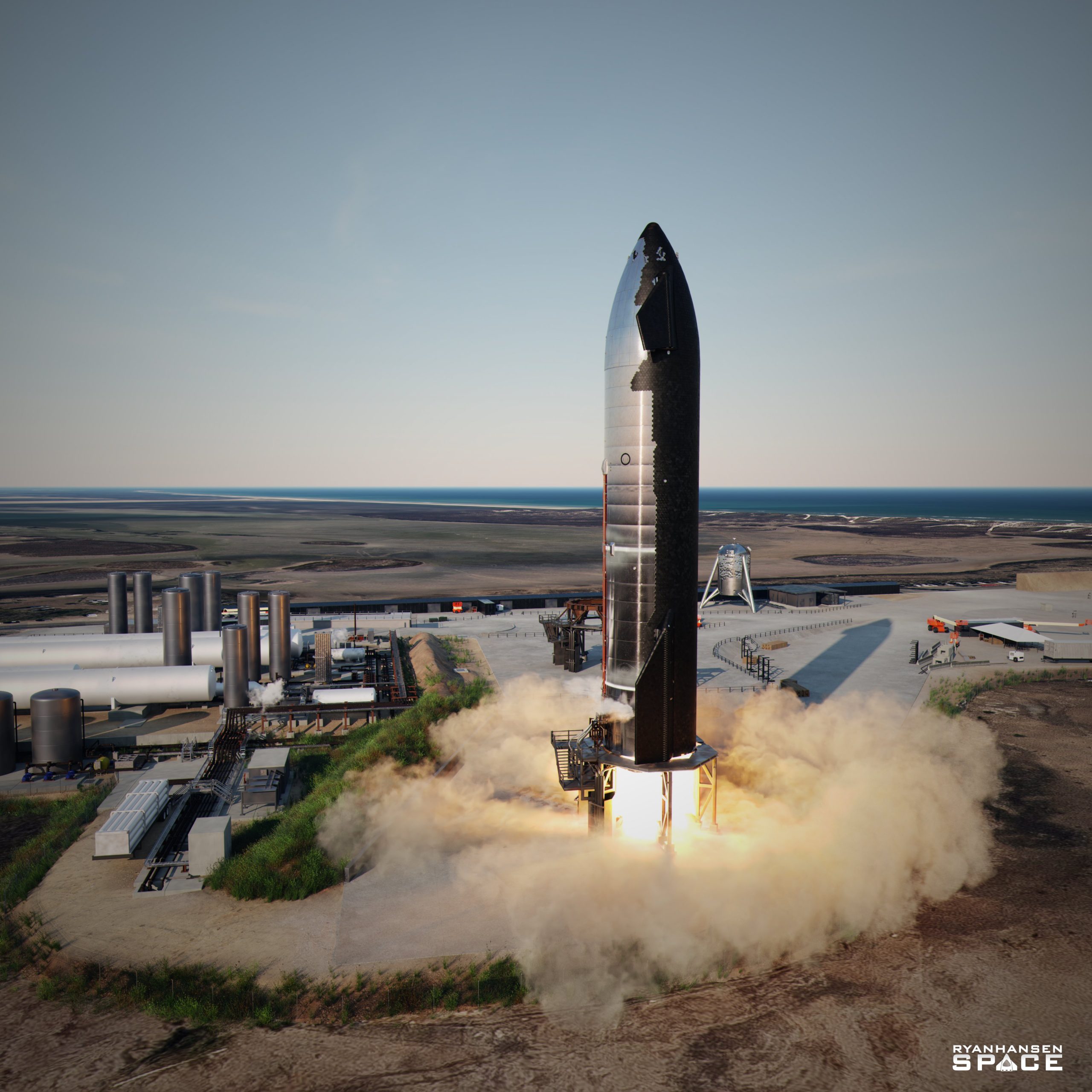 During a presentation I recently made to my local RASC Winnipeg Centre an interesting question was asked: how much greenhouse gas emissions comes from a launch of Starship including the Super Heavy booster?

The answer is: LOTS. The Raptor engines powering Starship use liquid methane (CH4) and liquid oxygen (O2). Methane is the main component of what is known as natural gas. A single launch to orbit of a Starship with 100 tonnes of cargo and passengers will consume about 1000 tonnes of methane in the form of LNG (liquified natural gas). As the methane is burned with oxygen it will produce a staggering 2,683 tons of C02 per launch. When adjusted for payload, it produces about the same as the Falcon 9: 27 tons of carbon dioxide per ton to low-Earth orbit.

Most methane (otherwise known as natural gas) is produced as a fossil fuel. It is a growing factor in climate change as it is a potent greenhouse gas when released into the atmosphere, and when burned creates carbon dioxide, another greenhouse gas. Worse, releasing natural gas from the porous rock that is is contained in is increasingly accomplished by hydraulic fracturing or “fracking”, acknowledged to be an environmentally negative practice.

So is this a total environmental disaster? It would seem so, except for the following:

The Sebatier process is a method to convert Carbon Dioxide (C02) to Methane (CH4) using Hydrogen (H2) as a catalyst. The reaction looks like the following:

Clearly, this is a superior way to produce methane and in fact, is the way SpaceX intends on producing methane for Starship launches. Solar power would be used to power the electrolysis of water into hydrogen and oxygen, which would feed a Sebatier plant to produce methane. The net result would be the removal of CO2 from the atmosphere at the same rate it would be produced, rendering the whole process largely carbon neutral. There are companies such as Prometheus Fuels (https://www.prometheusfuels.com/) working on large-scale Sebatier process products – it might be quickest for Musk to acquire one of these companies. Musk recently posted on Twitter:

Through displacement of carbon-producing transportation modalities such as air travel, which is a significant producer of carbon, any small releases of methane during fueling etc. would be offset.

Obviously, the idea that Starship will be carbon neutral depends on whether SpaceX actually follows through with the idea that they can produce methane through sequestering carbon rather than simply making the problem worse (much worse!) but amping up the fossil fuel industry to unprecedented levels. However, given that Musk already has a few of the pieces in place (Musk’s Tesla is a leader in large scale solar energy production for example) and Sebatier reactors are critical to the Mars effort, SpaceX is probably in the best possible position to ramp up the extreme amount of LNG production needed to power Starship to Mars.