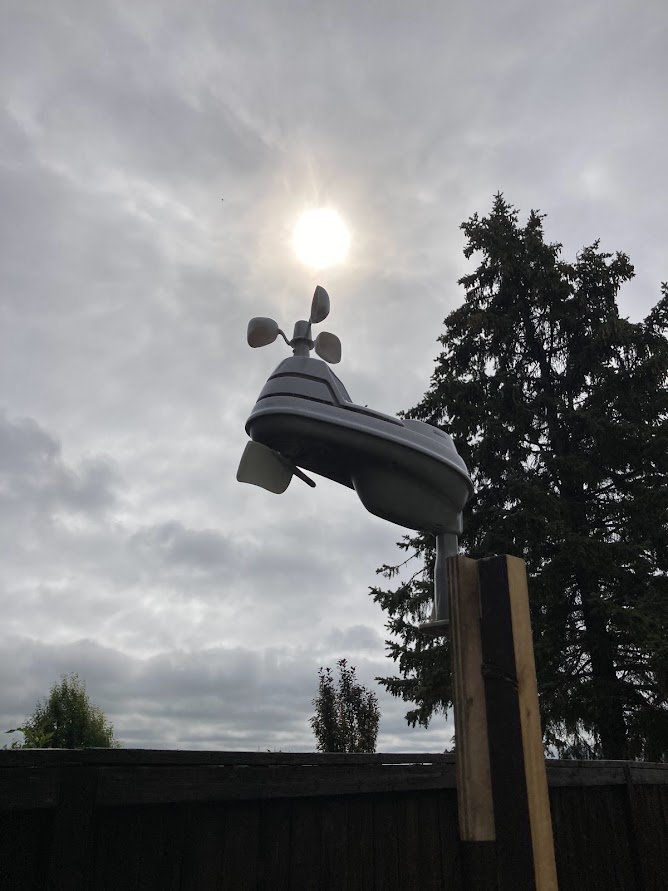 Big push to finish the roof of the observatory this weekend! As a digression I will need a weather station for the observatory and had originally intended to build my own using an Arduino running the INDI Weatherradio drivers – not hard but work. Recently I realized that the INDI weather driver would work with Weather Underground so I could get a commercial 5-in-1 weather station that uploads data to the site, then just download data from the online site. The driver needs an update but much much easier than starting from scratch or building hardware. Massive time saver! Now up and running on my observatory (just needs some paint)! My allskycam will be mounted on the same pole – it was previously standalone but will be wired into the observatory management computer since all it needs is a USB connection to the ASI224MC camera and a 12v relay to turn the dome heat on and off.