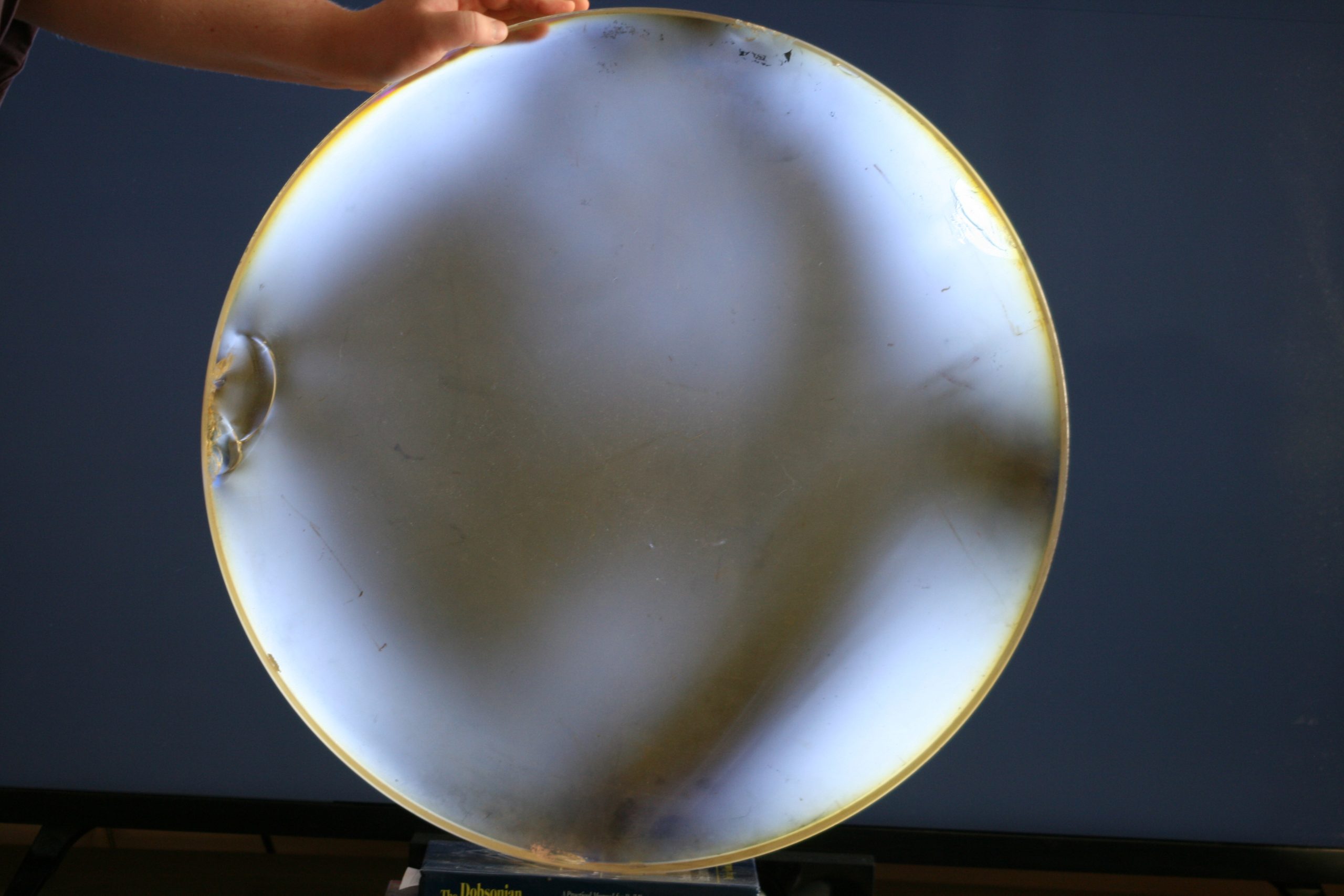 Before starting to grind my 24″ project down to a more reasonable focal length I decided to test the blank for strains within the glass that would prevent it from maintaining a good figure. If the glass strains cause the shape of the mirror to change as it heats up and cools down, this causes regions of the mirror to have focuses different than the rest of the mirror, and the image becomes blurry – literally out of focus.

Posting this image to Cloudy Nights to get some help on analysis, but this doesn’t look good at all 🙁

UPDATE: The consensus on the Facebook ATM group was to get the blank re-annealed. Someone mentioned optical legend Carl Zambuto had a kiln that would handle this size of mirror so I got in touch. He could do the work (although it sounds like it’s at the upper limit of his equipment, which introduces some risk) for $350 in two weeks, which is affordable. He did have some concerns about the edge damage to the disk, and after some discussion he suggested off-centre diamond machining the blank like this image:

The result would be a 22″ mirror. However this is rather more involved than I’m equipped for in the near future, so I am also considering trepanning (cutting out a piece of the mirror with what amounts to a very large hole saw) from the centre of the disk, resulting in a disk about 20″ in diameter.

UPDATE: I think given my interest in building a kiln to create some lightweight mirror blanks I am going to hold onto this blank for the time being with the intent of not only reannealing the blank to correct the strain issues, but casting it into a larger lightweight blank similar to what Mike Davis is doing (see https://www.youtube.com/watch?v=hjcqsBKYUOE)