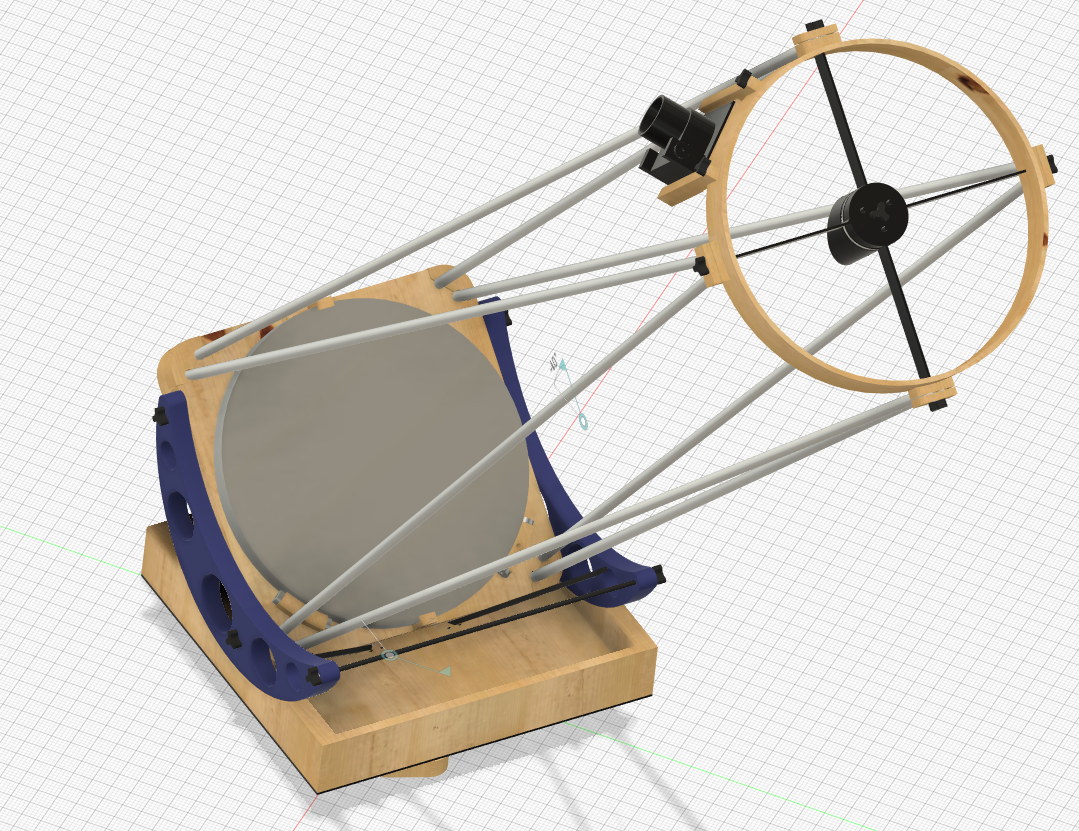 So as the summer solstice approaches and I don’t use my astronomy time in my shed with a 10″ in an NEQ6 taking pictures, it’s time to start working on ATM stuff again. Last summer by this time of year temps were topping 37C and it was just too darned hot to work in the garage for more than an hour first thing, but this year is totally different – cold and rainy, with massive amounts of snow and rain contributing to a new appearance of the Glacial Lake Aggasiz that used to cover most of Manitoba. Fortunately, I’m on high ground, protected by the massive Winnipeg Floodway diversion that carries water around the city and north to the huge lakes north of the city.  But soggy ground and constant rain isn’t helping with getting the 16″ used more!

At the end of the day there have been some lessons learned on my 16″ F4.5 that it’s time to rectify:

1. Too. Damned. Heavy. The best scope is one you use, and this scope as built is a bear to move around. Needs to be lightened tremendously.

2. Under-sized Hexapod threads – I used 1/4″ male / female threaded rod and  bolts which have bent over time. Should have used 1/2″. So the hexapod is rickety.

3. Overly complex drive system – as mentioned in another thread I had ambitions for a very capable drive system with built in plate solving etc. I need to scale back to accommodate the fact that my time is pretty limited, and things just don’t get done if they’re not simple and don’t need a lot of trial and error tuning.

So, I’m embarking on rebuild. The existing structure will be stored away for a while and will eventually be reused (with some weight reduction) for a much shorter focus 16″. It will be replaced with a very lightweight structure similar to Roel’s 16″ F/4 ultralight scope. I’ve been working on modelling the rebuilt telescope in Fusion 360, images of which are attached. Comments welcome!