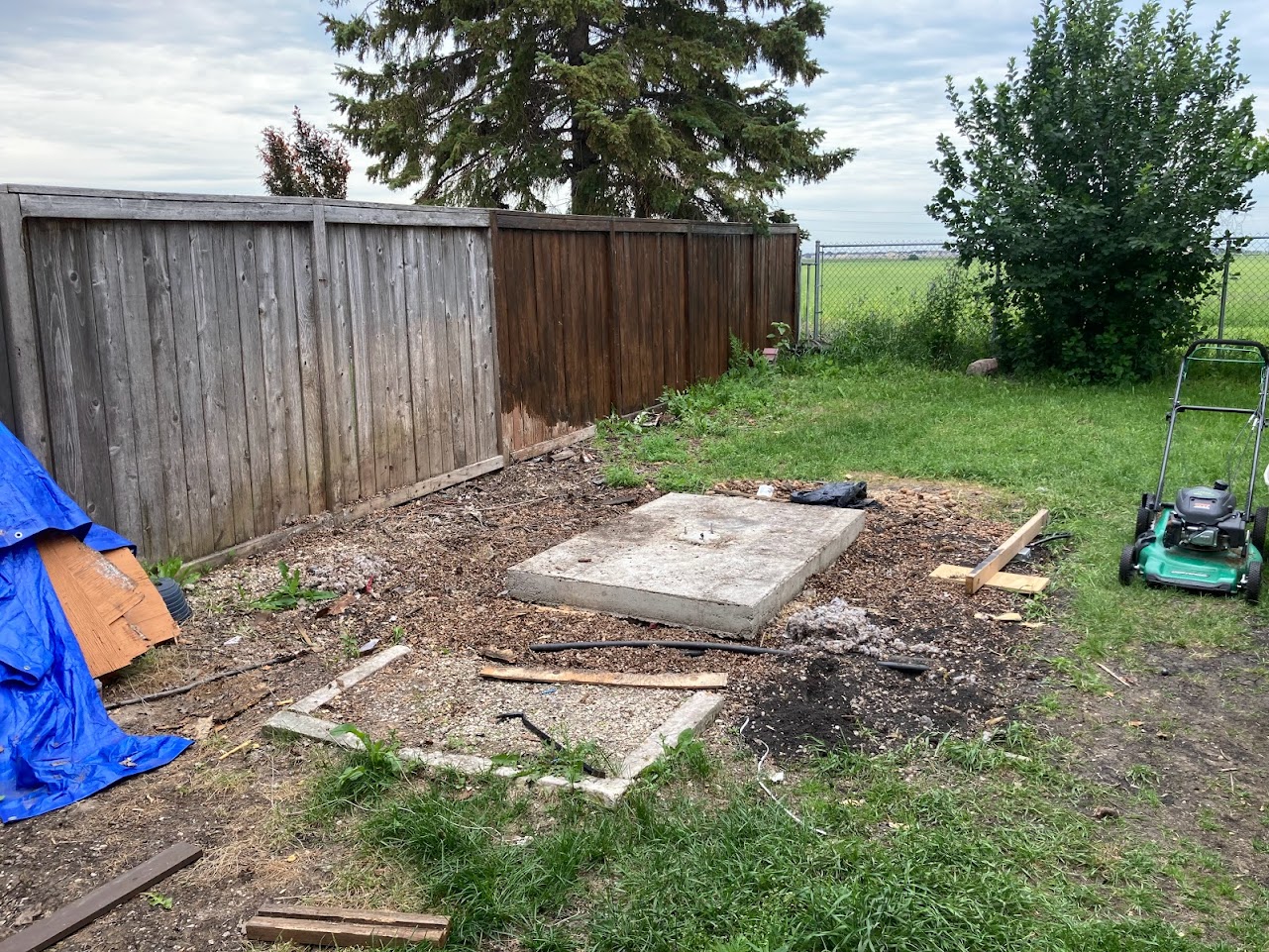 The demolition of the old observatory is complete! I need to do some landscaping and excavate two of the cottage blocks that the weight of the building has pushed 6″ under grade, and I’ll be able to start building the new micro-observatory! The existing electrical will need to be extended via a waterproof junction box into the new building as well. I have recovered far more wood than required for the new micro-observatory but it will require some processing to rehabilitate it, any wood that was near the ground has rotted from the moisture so that wood will have to be cut off. Lesson learned: waterproof everything even if it’s being covered as water gets everywhere.

This is the current conceptual design for the new observatory. Dimensions will probably change to accommodate the fact the existing pad will require the cottage blocks that the 4×4 corners and runoff supports to be outside the pad dimensions. I want to keep the pad (which 20 yrs ago was poured for a horseshoe mount project that was abandoned) because it’s stayed remarkably level so it allows me to mount the pier for the telescope to it. The building will be isolated from the pier pad so it’ll be a fair bit higher off the ground and thus can’t be used by critters for their nests, a problem with the first building (you can see the remnants of a couple of nests on the picture above)