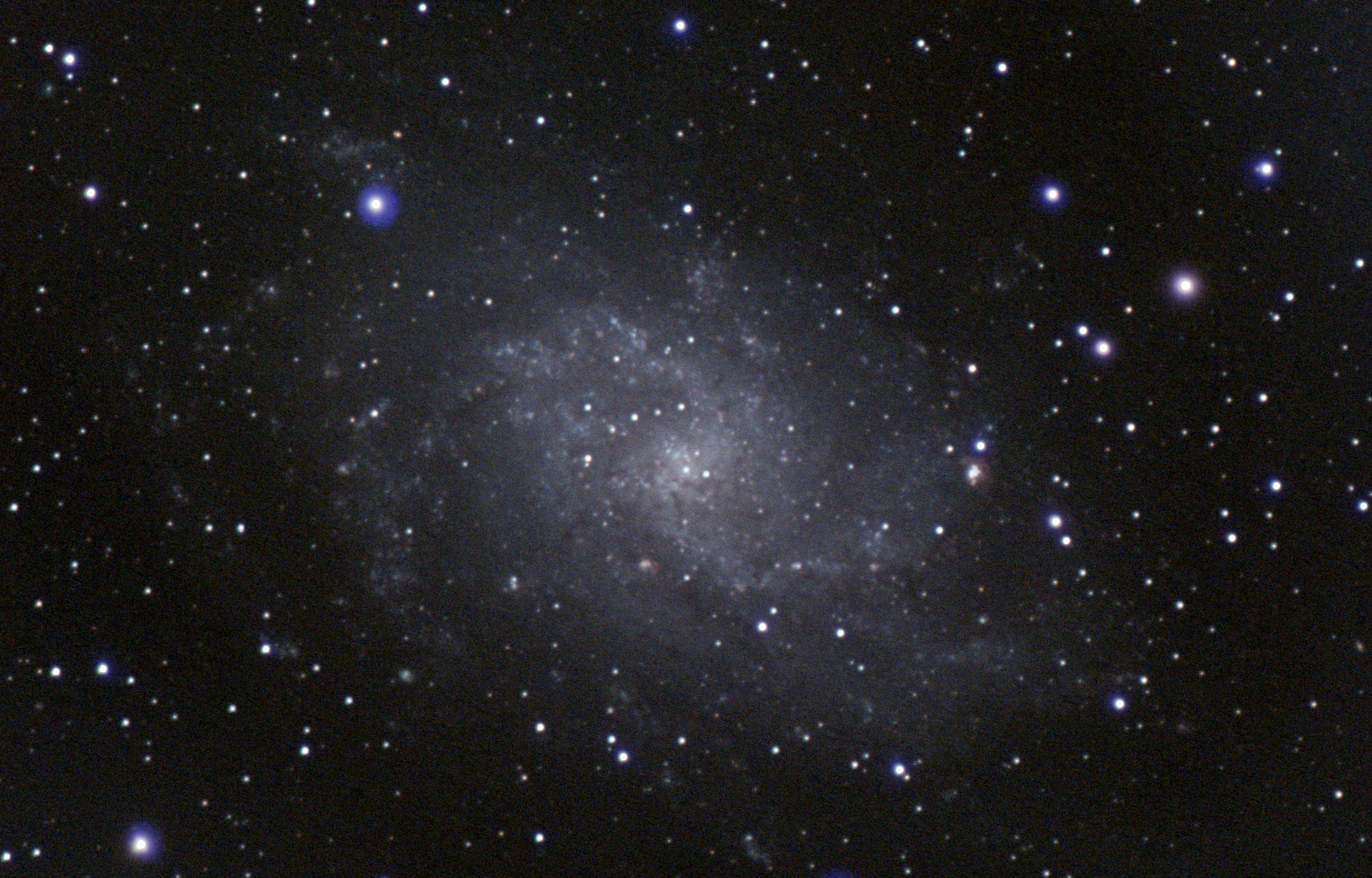 Here’s another M33 shot incorporating the 22mins of data I had previously and adding another 94 mins of data for a total of 116 mins, approaching 2 hours of 60 and 120 second frames calibrated with dark, flat, and bias images and stacked to create the final image. Processed in AstroPixelProcessor.

A big difference in brightness and some detail coming out, but unfortunately I’m probably going to have to cull some data out of the image as it has gone from crisp to muddy – likely due to capturing data during these nights of poor transparency and seeing we’ve had lately. Plus a lot of purple fringing from chromatic abberation from my achromatic telescope. Hopefully we get some nice weather in December to replace the crappy data with the good stuff!