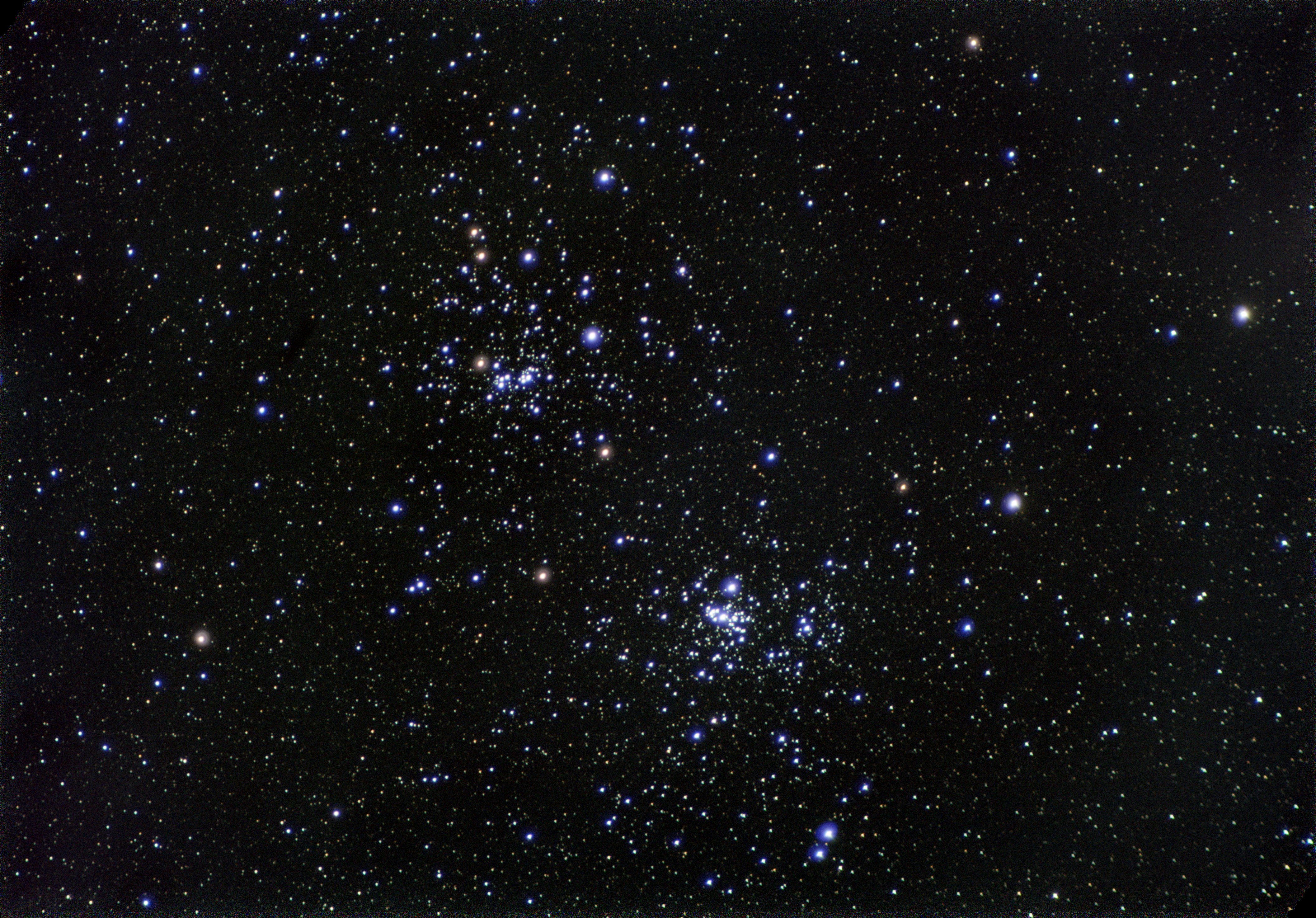 NGC 869 and 884 are often designated h and χ Persei, respectively. The cluster is about 14 million years old. Located in the Perseus OB1 association, both clusters are located physically close to one another, only a few hundred light years apart. The clusters were first recorded by Hipparchus, thus have been known since antiquity.

The Double Cluster is a favorite of amateur astronomers. These bright clusters are often photographed or observed with small telescopes. Easy to find, the clusters are visible with the unaided eye between the constellations of Perseus and Cassiopeia as a brighter patch in the winter Milky Way. The Double Cluster was also included in the Caldwell catalogue, a catalogue of astronomical objects for amateur observation.

In small telescopes, the cluster appears as a beautiful assemblage of bright stars located in a rich star field. Dominated by bright blue stars, the cluster also hosts a few orange stars that add to the visual interest. Both clusters together offer a spectacular low-magnification view.

This image was 26x60s RBG taken with a 102mm refractor from the new micro-observatory. Camera is a ZWO ASI294MC one shot color camera with an Optolong L-ENHANCE light pollution filter. Image is not calibrated.