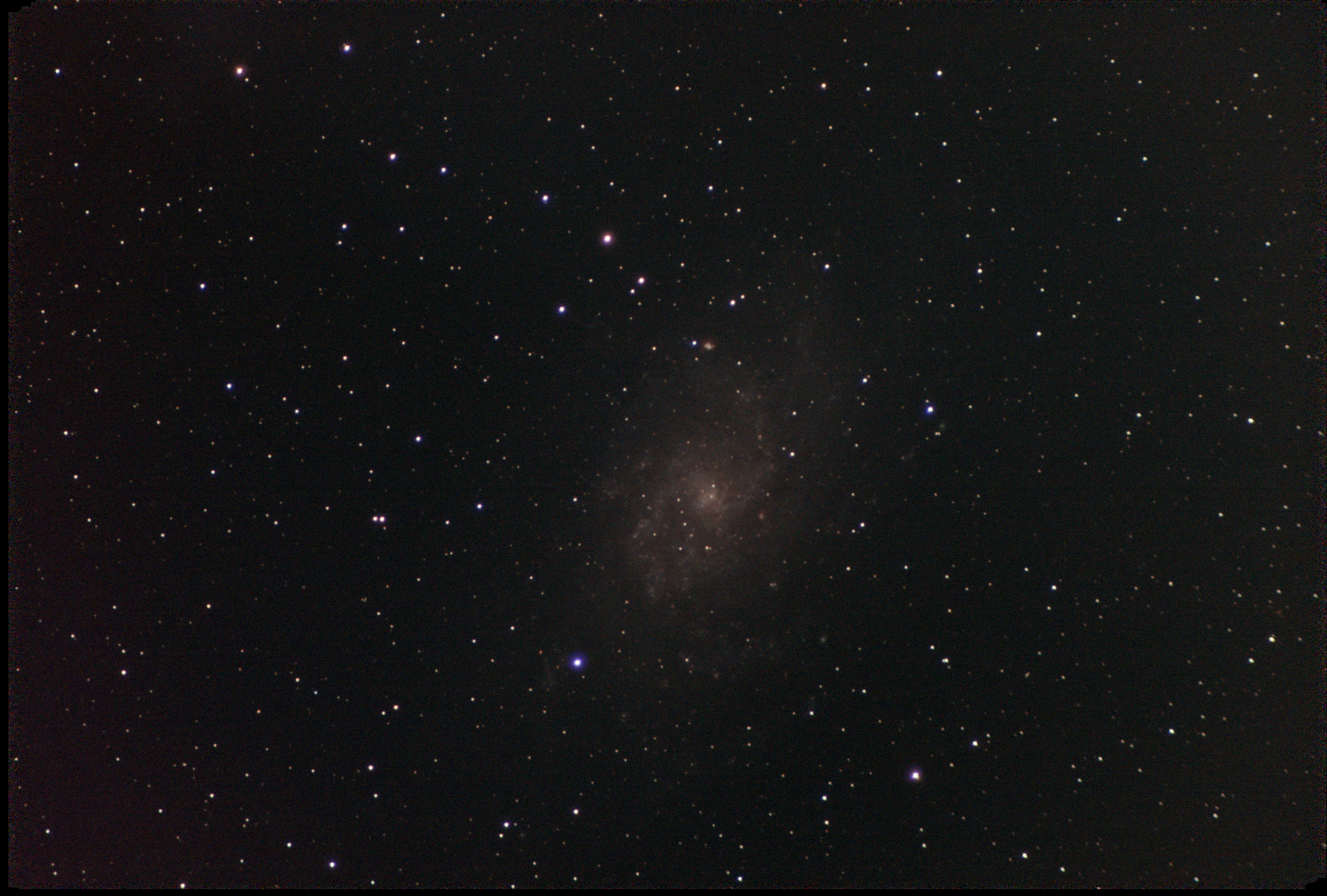 The Triangulum Galaxy is a spiral galaxy 2.73 million light-years (ly) from Earth in the constellation Triangulum. It is catalogued as Messier 33 or NGC (New General Catalogue) 598. With the D25 isophotal diameter of 18.74 kiloparsecs (61,100 light-years), the Triangulum Galaxy is the third-largest member of the Local Group of galaxies, behind the Andromeda Galaxy and the Milky Way. It is one of the most distant permanent objects that can be viewed with the naked eye.

The galaxy is the smallest spiral galaxy in the Local Group (although the smaller Large and Small Magellanic Clouds may have been spirals before their encounters with the Milky Way), and is believed to be a satellite of the Andromeda Galaxy or on its rebound into the latter due to their interactions, velocities,[8] and proximity to one another in the night sky. It also has an H II nucleus.