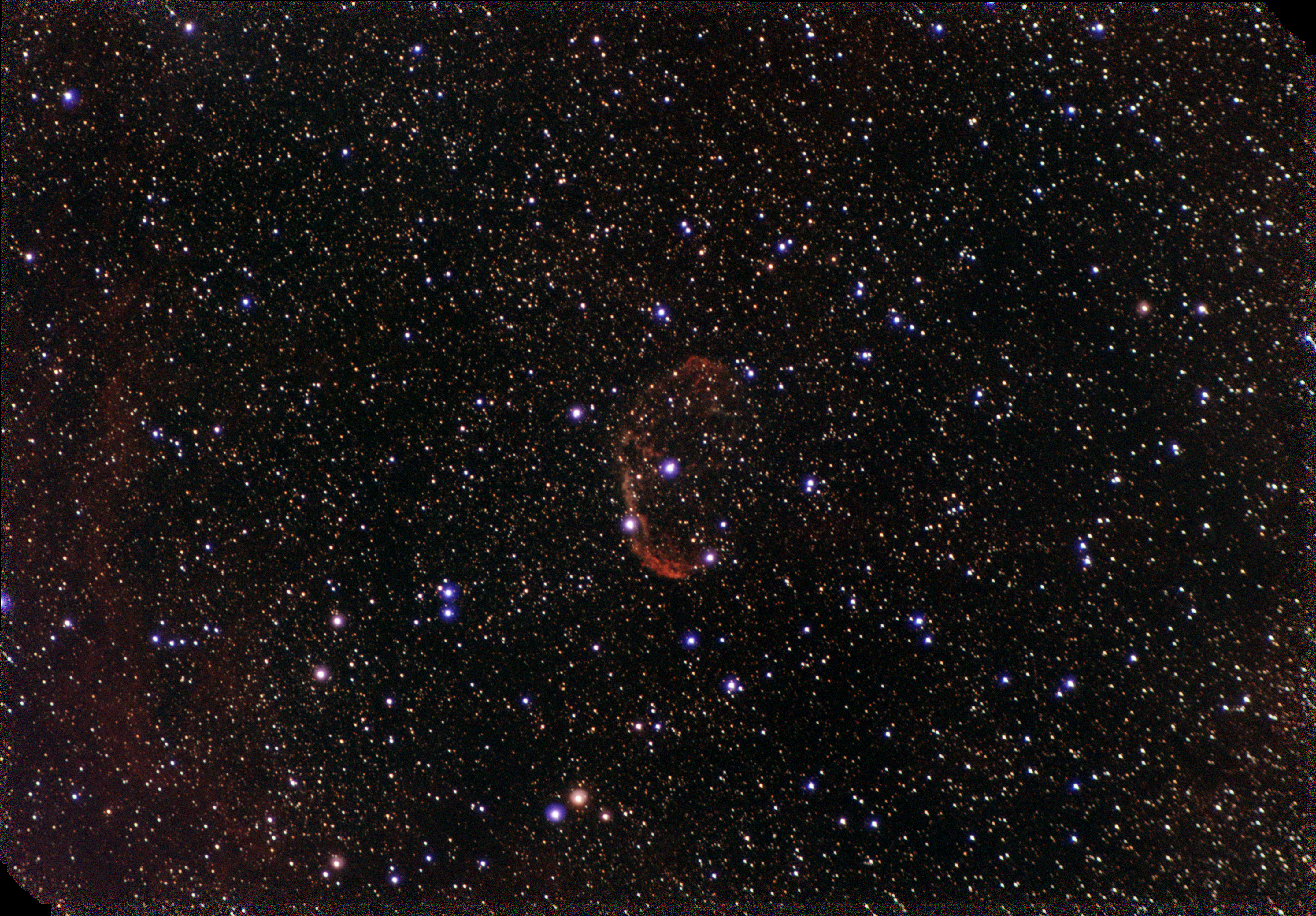 The Crescent Nebula (also known as NGC 6888, Caldwell 27, Sharpless 105) is an emission nebula in the constellation Cygnus, about 5000 light-years away from Earth. It was discovered by William Herschel in 1792. It is formed by the fast stellar wind from the Wolf-Rayet star WR 136 (HD 192163) colliding with and energizing the slower moving wind ejected by the star when it became a red giant around 250,000 to 400,000 years ago. The result of the collision is a shell and two shock waves, one moving outward and one moving inward. The inward moving shock wave heats the stellar wind to X-ray-emitting temperatures.

It is a rather faint object located about 2 degrees SW of Sadr. For most telescopes it requires a UHC or OIII filter to see. Under favorable circumstances a telescope as small as 8 cm (with filter) can see its nebulosity. Larger telescopes (20 cm or more) reveal the crescent or a Euro sign shape which makes some to call it the “Euro sign nebula”.

This preliminary image needs a lot more data collection done. Currently 60x60s RGB using a 102mm refractor and a ZWO ASI294MC camera with an Optron L-Enhance filter. Next I will collect some data using a Hydrogen Alpha (Ha) filter to collect more red light in this wavelength, then some data in Oxygen III (OIII) which can highlight blue light coming from the nebula. Calibrated.